For over 29 years, Puneet Ahluwalia has worked in business management, government relations, and real estate finance. He is the managing partner at New World Strategies (NWS). Puneet has led numerous business and civic development projects both domestically and internationally — helping companies, NGO’s and U.S. interests bridge the gap between U.S. and South Asian culture and society. In 2016, Puneet was appointed by then-candidate Donald Trump to serve on his campaign’s Asia Pacific Advisory Committee. Puneet is a former member of the State Central Committee of the Republican Party of Virginia. 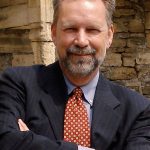 Specializing in strategic communications for political causes and campaigns in the U.S. and around the world, Marsh has worked on 5 presidential campaigns including the campaigns of Ronald Reagan. He’s also worked on hundreds of campaigns for statewide office, Congress, and legislature in 39 U.S. states. His foreign practice includes dozens of parliamentary and presidential campaigns in more than a dozen other countries. As a political consultant in Iraq, Marsh helped the Kurdish Democratic Party maintain control of the Kurd Regional Parliament for nearly 20 years. In Nigeria, he produced ads for President Goodluck Johnson. In Nicaragua, he consulted on the successful campaign of President Violeta Chamorro. In 2016, Marsh created ads for the successful campaign to draft Ben Carson. He subsequently helped lead a successful I.E. effort on behalf of President Trump winning the key states of WI, MI, PA, NC, and OH. 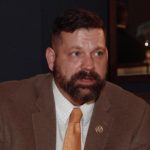 Garrett has served as an Assistant Attorney General under Virginia AG Bob McDonnell, a Commonwealth’s Attorney for Louisa County, a member of the Virginia State Senate, and a Member of Congress from Virginia’s 5th Congressional District. Today, Garrett owns a private law practice. 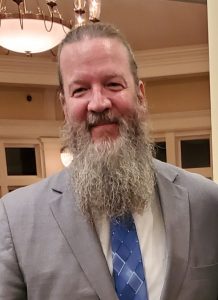 Brett served nearly 22 years in the U.S. Air Force then worked 10 years as a contractor supporting the Departments of Defense and Homeland Security. His duties took him all over the United States and overseas to Asia and the Middle East. While on Active Duty, Brett worked as a training and operations manager for various command centers, rescue centers and in the President’s Emergency Operations Center in the White House. As a contractor he supported the Office of the Secretary of Defense for Policy and the Department of Homeland Security, National Operations Center. He has been supporting conservative groups and campaigns around Virginia since retirement from Active Duty in 2009. Brett has a Master of Science in Human Resource Management. 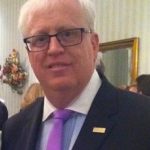 Ron Wright is the Owner/CEO of software company JNetDirect Incorporated in Reston, Virginia. Prior to JNetDirect, Mr. Wright was Co-Founder and served as President/CEO of Neuroscan, Inc., a leading-edge neuroscience research software and equipment manufacturer based in El Paso, Texas. Neuroscan was sold to Compumedics Ltd. of Australia in 2004. Mr. Wright is an angel investor and serves on the Boards of Intelligence Systems Group, LLC; Sands Research, Inc.; Megafono Corporation and the Bill Police, Inc. Recently elected to the Republican Party of Virginia State Central Committee from the 10th Congressional District, Mr. Wright serves on the RPV Finance Committee; Steering Committee of the Suburban Virginia Republican Coalition PAC (SUVGOP) and Co-Chair of the Northern Virginia Republican Business Forum (NVRBF). He is the recipient of the Patrick Henry Award for Outstanding Service to the Commonwealth of Virginia by Governor James Gilmore; was appointed twice to the Board of Directors and served as Treasurer of the Virginia Bio+Tech Partnership Authority; and served two terms on the New York Export Council. Mr. Wright is a graduate of Eisenhower College (Rochester Institute of Technology) with a degree in Public Policy.

Since 1979, Paul E. Sullivan has conducted a legal practice specializing in political law, which encompasses federal and state campaign finance, candidate committees, ballot initiatives, and federal Congressional ethics and lobbying. In addition, his firm provides counsel in the area of not-for-profit corporate law, with an emphasis on the political activities that may be undertaken by such organization in accordance with the Internal Revenue Code. The firm’s range of clients over the years has included scores of candidates for the office of President, U.S. Senate and the House of Representatives, profit and not-for-profit corporations, trade associations, and issue and ideological organizations.